The Bahamas
From Wikipedia, the free encyclopedia
“.. known officially as the Commonwealth of the Bahamas,[10] is a country within the Lucayan Archipelago, in the Caribbean. The archipelagic state consists of more than 700 islands, cays, and islets in the Atlantic Ocean, and is located north of Cuba and Hispaniola Island (Haiti and the Dominican Republic), northwest of the Turks and Caicos Islands, southeast of the U.S. state of Florida, and east of the Florida Keys. The capital is Nassau on the island of New Providence. The designation of “the Bahamas” can refer either to the country or to the larger island chain that it shares with the Turks and Caicos Islands.[citation needed] The Royal Bahamas Defence Force describes the Bahamas territory as encompassing 470,000 km2 (180,000 sq mi) of ocean space. ..”

Interesting Facts About The Bahamas

Photographer Tim Aylen took video as he and his family escaped floodwaters that rushed into their home in Freeport, Bahamas. He says the water went from the normal flooding you might see in heavy rains to complete inundation in a matter of minutes. “We had no warning,” he says.

Global News
Published on Sep 4, 2019
Hurricane Dorian smashed parts of the tourism-dependent Bahamas to ruins, leaving relief officials scrambling to battle an unfolding humanitarian crisis as the scale of the catastrophe begins to emerge. The most damaging storm to strike the island nation, Dorian killed at least seven people but the scope of the destruction was still unfolding as aerial video of the Grand Bahama island in the northern Bahamas showed wide-spread devastation on Sept. 4.

Cruise Hive
Published on Sep 2, 2019
Freeport, Bahamas which is a hugely popular cruise destination has been pounded by the ver powerful Hurricane Dorian. We just hope the island of Grand Bahama and all the Bahamas can recover after widespread devastation.

Bahamas relief is underway. How can it avoid ‘logistical nightmares’ of disasters past? BY SAMANTHA J. GROSS
SEPTEMBER 04, 2019 02:40 PM, UPDATED 6 HOURS 17 MINUTES AGO miamiherald.com
“..In 2017, 20,000 donated pallets of bottled water were left on a Ceiba, Puerto Rico, airstrip after Hurricane Maria blew through the U.S. territory, killing an estimated 3,000 people. When a photo of the bottles surfaced a year later by CBS News, the image shocked those who spent time and resources donating…”

Dorian destroys Bahamas, sets sights on U.S. coastline By Katey Hearth September 4, 2019 mnnonline.org
“..Dorian arrived Sunday as a Category Five hurricane, reportedly one of the strongest storms to ever hit the Bahamas. Initial reports indicate “catastrophic” damage on the island nation; the Red Cross estimates 45-percent of homes are severely damaged or destroyed.

Mariette Oosterhoff says TWR is surrounding the Caribbean in prayer. Will you join them?..”

WFMY News 2
Published on Sep 3, 2019
Samaritan’s Purse loaded up supplies Tuesday afternoon at Piedmont Triad International (PTI) Airport in Greensboro. Once they get the okay to fly to the Bahamas, their volunteers will be taking medical supplies and water filtration systems to help those impacted by the hurricane.

Airlift Arrives with Relief in Bahamas; Pray for Those Still in Hurricane Dorian’s Path SEPTEMBER 4, 2019 • BAHAMAS AND UNITED STATES samaritanspurse.org
“..Update (3:42 p.m., Sept. 4): Samaritan’s Purse sent more than 30 tons of emergency relief to the Bahamas aboard our DC-8 aircraft this morning.

The plane left Greensboro, North Carolina, around 9 a.m. and has already arrived in Nassau where it will be unloaded. Onboard were emergency shelter materials, household water filters, and two community filtration units that turn saltwater into drinking water. More than a dozen of our disaster response team specialists are now on the ground in the Bahamas as well…”

How to help the victims of Hurricane Dorian Published Wed, Sep 4 2019 4:55 PM EDT Alicia Adamczyk @ALICIAADAMCZYK cnbc.com
“..One of the most powerful hurricanes ever recorded, Hurricane Dorian, has devastated the Bahamas, leaving at least seven dead and tens of thousands of homes and businesses destroyed, according to reports. Entire communities have reportedly been “wiped out,” and aid agencies estimate that tens of thousands of people will need support.

“We are in the midst of one of the greatest national crises in our country’s history,” Bahamas Prime Minister Hubert Minnis told a news conference. “No effort or resources will be held back.”

Agencies are mobilizing to offer disaster relief assistance. Here’s what you can do to help. 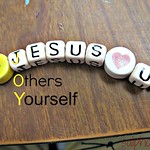